At the time when several mobile applications for tracking personal data were developed to help contain the evolution of the pandemic, questions about the ethics behind these same tools also began to emerge. After all, what are the risks involved? 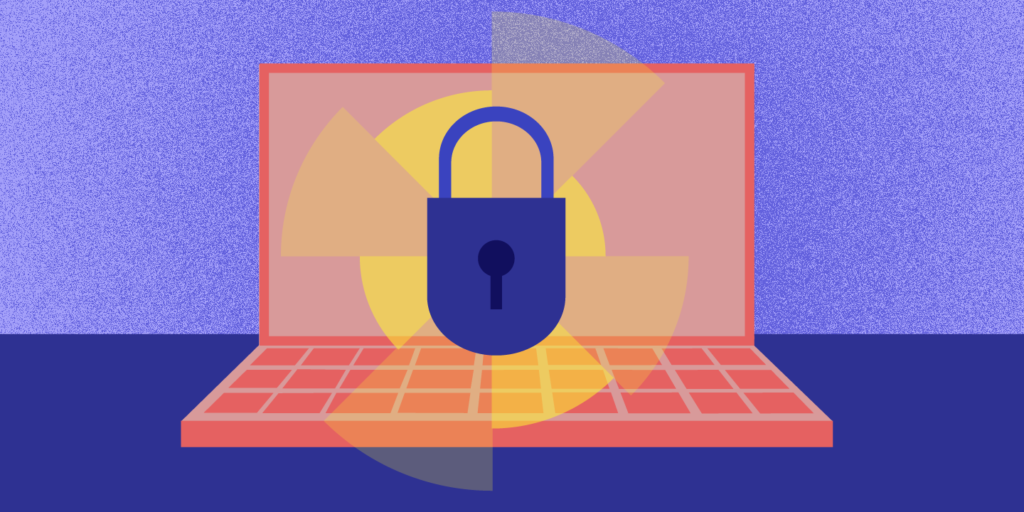 At the time when several mobile applications for tracking personal data were developed to help contain the evolution of the pandemic, questions about the ethics behind these same tools also began to emerge. After all, what are the risks involved?

Scientists, governments, and experts are fighting against time to find solutions to control the virus. All over the world people are taking advantage of the technology available to develop solutions to this crisis, some of which are COVID-19 tracking apps. Yet, this raises the question: are we using technology consciously or opening an unprecedented path to mass surveillance based on a global pandemic?

According to health authorities, individuals who have direct contact with someone infected with COVID-19 are at risk of becoming ill themselves. As such, the idea behind contact tracing (a technique that involves finding each infected person and finding out who they interacted with during that time) is simple, but its execution, not so much. The process is slow: someone gets sick; this person is then interviewed by the public health authorities and his route and contacts are mapped; a list of people with whom he has been in contact with is made and they are asked to stay at home and pay attention to symptoms. If one of the exposed people is infected, their contacts will also be tracked. This process will repeat itself until all possible infections are being monitored. However, with the number of infected persons worldwide surpassing 3 million, we lack the resources and the time to continue following this model of contact tracing.

Some experts have begun to take advantage of technological advances to streamline and accelerate this process. Singapore and China are using mobile phone tools and apps to identify and monitor people who may have been exposed to the virus. Germany, Australia, and the United Kingdom are also building apps that make it easier to track those infected.

Recently, Apple and Google announced that they will join forces in the development and distribution of a mobile phone monitoring technology which will allow them to track the chain of possible COVID-19 infections. Instead of using geolocation systems (GPS), these applications will use Bluetooth technology. This will help stop the spread of the virus without storing the users’ location. According to the two technological giants, Bluetooth technology allows users to maintain their privacy by using a radio frequency connection to connect to devices that are within a short distance (a few meters). Apple and Google predict that this technology will be available from May 2020.

The technological monitoring tools used to track the virus has raised some privacy-related issues that are beginning to startle some experts. Assuming that personal data is more valuable than oil, what would governments do if they had this kind of information? How would this valuable information be used by large companies? And most importantly, are we taking the right step or are we opening an unprecedented path to mass surveillance?

While some measures to fight the virus are being taken, some experts raise concerns about the possibility of someone taking advantage of this crisis. We have seen increasing numbers of big tech companies, such as Facebook, Tecent (WeChat) and Ant Financial Services (AliPay), and governments like the Polish, Norwegian, Austrian or South Korean embrace “contact tracing” processes through mobile applications that, if used maliciously, may violate users’ privacy rights. Citizens are now beginning to consider ways to protect ourselves that, in the past, would have been unthinkable. When choosing between the alternatives, we must ask ourselves not only how to overcome this immediate threat, but also what kind of world we will inhabit when the pandemic ends.

The majority of the world population is focused on finding an answer, a cure or even a point of reference for when we can return to “normal”. However, there are, in parallel, those who fear to see their liberties reduced, whether through systems of constant surveillance or by structuring databases with thousands of pieces of detailed information about each one of us.

Now, we might be monitored by an app that we downloaded on our phones or tablets. This type of monitoring deals with all kinds of information: from our body temperature to our location or even the number of people with whom we share the same space, whether at work or home. We cannot ignore that this information is just a click away – we just have to allow it.

Snowden, one of the leading names when it comes to privacy issues, in a conversation at a documentary festival, said that “it is crucial to keep in mind that in a free society a virus is dangerous but the destruction of rights is fatal. It is something permanent that we might not have again.” Even though the COVID-19 pandemic is a transitory phenomenon, Snowden warns us that the decisions made to stop the virus may not be.

Chinese technology companies during the COVID-19 crisis were focused on the creation and development of people tracking systems. From artificial intelligence installed helmets that measure body temperatures, to drones capable of using facial recognition to alert those who didn’t wear masks in public, and mobile applications to control travel. “The same type of tools that are used in democratic states to monitor organized crime and terrorism are, in China, used to control citizens,” revealed Sandra Carvalho, defense and counter-terrorism analyst at the consulting firm Thales.

What about Portugal, what are we doing over here?

In Portugal, the scenario is no different – with depopulated spaces and abandoned places, we quickly began to think about new ways to use this technology for our service.

In Porto, the tours in the “Ribeirinha” area were monitored by drones with messages for the population: “Do not stay in public spaces, except in cases of absolute necessity. Stay at home”. The exits from the residential areas were also controlled by the police, who only let through those who had the proper justification.

The Covid19-Estamos On app was launched in Portugal to reinforce the population’s ability to reach all the information necessary to face the new coronavirus.  It already has more than 50 000 users. Covidografia was also created, a platform that gathers information sent by the users themselves about the symptoms of the Portuguese, to better assess the spread of the pandemic. There is another one being developed by the Foundation for Science and Technology; this mobile application will allow the Portuguese to be warned if they have been in contact with someone infected with COVID-19. It will be of voluntary use and will work with Bluetooth technology to track data between smartphones that have been physically close in the last 14 days.