On Mandela Day, we wanted to celebrate the inspiration he is to us. We believe his resilience and resistance, his values and his activism to diversity, proven to be so important today, are ideas we want our ecosystem to follow. To honour his memory, our employee, Stephanie de Freitas told us a little bit about the perspective of a South-African. 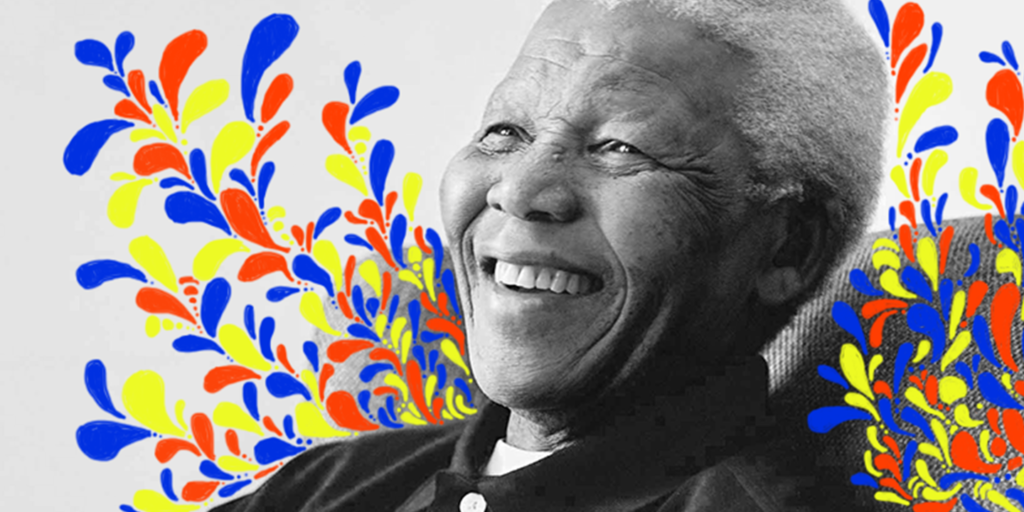 On Mandela Day, we wanted to celebrate the inspiration he is to us. We believe his resilience and resistance, his values and his activism to diversity, proven to be so important today, are ideas we want our ecosystem to follow. To honour his memory, our employee, Stephanie de Freitas told us a little bit about the perspective of a South-African.

I never thought that one day I would be writing an article about a momentous figure from my homeland in a city halfway around the world from where I grew up, but I am so glad that I get this chance to share a little bit about him and why he is so important to my upbringing and who I am today. Hi, I’m Stephanie de Freitas, and today I get to share with you my perspective of growing up in Nelson Mandela’s South Africa and the reason Mandela is the icon he is today.

I was born into one of history’s most controversial yet beautiful countries, South Africa. It was 1990, an important year back home as it was the same year that Mandela was finally released from Robben Island, where he had been serving a life sentence for being an anti-apartheid activist and for conspiring to overthrow the state. This was the year that set the stage for a new beginning, and I got to be apart of it.

But that is not the reason we celebrate Nelson Mandela Day. It has been over 100 years since the birth of one of the world’s most iconic activists and leaders, our former President of South Africa, Nelson Mandela. In honour of his birthday, each year on 18 July, the world commemorates and celebrates Nelson Mandela International Day as a tribute to his values, legacy and contribution he made to society.

Mandela’s legacy became an international event in 1994 when he became South Africa’s first black president. I remember this day so well, I was 4 years old, sitting on the floor in front of our television set with my family and watched President Nelson Mandela take the podium as he made his inauguration speech. My entire family had come together to watch and celebrate this incredible milestone in South Africa’s history. It truly was a nation-building event. As he said that day, “we enter into a covenant that we shall build the society in which all South Africans, both black and white, will be able to walk tall, without any fear in their hearts, assured of their inalienable right to human dignity – a rainbow nation at peace with itself and the world.” Finally, a 46-year rule of an oppressive apartheid regime had ended and a true democracy had begun.

All of us South Africans take great pride in who he was and what he had achieved on our behalf. Since his release and presidency, and even while imprisoned, Nelson Mandela had always strived to curb the social ill’s that divided society. Mandela wielded his inimitable spirit to improve the lives of millions of his fellow countrymen and women, as an activist, scholar, leader, and, ultimately, one of the world’s greatest-ever humanitarians.

From 1994 up to his death in 2013 at the age of 95, Mandela helped set the country on a path toward equality. During his first State of the Nation Address, Mandela expressed his commitment to the “emancipation” of women and called for equality across systems in South Africa. He also joined the fight against AIDS and HIV in the years after his presidency and became an ardent campaigner for HIV/AIDS awareness. In 2003, Mandela’s foundation launched the 46664 initiative — a concert series that brought AIDS to the forefront of the global conversation that was broadcast to 2 million viewers. The concert raised money for AIDS research and advocacy.

He also strived to bring education to rural students as well as fighting for the rights of children in general. During his tenure as president Mandela donated a third of his salary to create the Nelson Mandela Children’s Fund, which he charged with ending extreme poverty and its symptoms, such as hunger, exploitation, and homelessness.

Mandela was also an active mediator and peace broker around the world. Once becoming the leading figure in the fight against South Africa’s racist apartheid system, his activism moved outside of his country’s borders. After retiring as president, he would also go one to brokering peace agreements in the Democratic Republic of the Congoand Burundi.

As Mandela famously said, “I have cherished the ideal of a democratic and free society in which all persons live together in harmony and with equal opportunities. It is an ideal which I hope to live for and to achieve. But if needs be, it is an ideal for which I am prepared to die”. His mission as an anti-apartheid revolutionary was establishing equality and freedom for all women, men and children. He stood for the fundamental rights of all human beings, regardless of gender, nationality or race.

That is why every year on this birthday South African’s all put aside 60 minutes out of their day to dedicate themselves to helping someone in need or provide support to the local community, as a way of giving back and continuing his legacy one kind act at a time. I myself have painted many an orphans bedroom wall or helped clean at a retirement centre in the name of Nelson Mandela.

It was the values he passed on to us then that are the same values we are still fighting for today. Just as he did, we must continue to fight for and protect those most vulnerable in our society. It is through global initiatives such as the #metoo and #blacklivesmatter movements that we are able to continue his legacy and example, and strive to make of the world a better place.