Why do startups fail?

The number of startups that do not survive is still high. Many times, frequent and common mistakes. Learning from those, and avoiding them, can be the key to success. 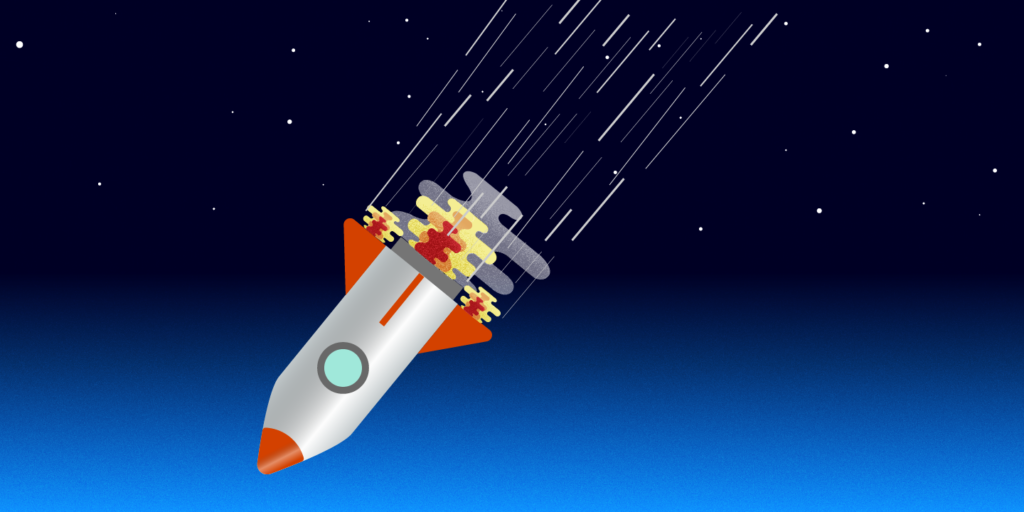 The number of startups that do not survive is still high. Many times, frequent and common mistakes. Learning from those, and avoiding them, can be the key to success.

Nowadays, there is no shortage of articles, presentations, lectures and videos on successful entrepreneurs, startups, unicorns and other jargons for what are considered successful cases. It’s no secret that 9 out of 10 startups fail, however this is a subject that few talk about. By definition, a startup is both a high-growth and a high-risk business, so these numbers shouldn’t be surprising. Still, there are failures that seem to be recurring and lessons can be learned about what not to do. This article describes some of the most common mistakes made by many entrepreneurs.

One of the main reasons for a startup to fail is that there is no need for that product on the market. No matter how appealing an idea is or how sophisticated its technology is, if it is not something that solves a problem or a need of its consumers, the probability of having some success is slim. A good example is Mobitto, a Portuguese startup that came to rely on the investment of Cristiano Ronaldo and that developed a real-time discount application. According to Diogo Teles, small business owners, who were the application main partners, given the proximity they could develop with customers, ended up interacting directly with them, making the application obsolete.

A common mistake of many startups is to believe that they are alone in the field of good ideas, without doing a correct market research. Having competition is not necessarily a disadvantage, as it shows that the market for the product exists, but it does require a clear and well perceived differentiation of the product or service. This was the reason why startup Travel with Mario, founded in 2013 and functioning as a sort of digital guide, has not succeeded. According to Mário Mouraz, its founder, “as there was a lot of competition, differentiation was difficult”.

Lack of a valid business model

The lack of a strategy, be it an investment, search for investment, penetrating the market or expansion is pointed out as one of the main reasons why small companies fail. This is one of the mistakes described by João Romão, founder of Wishareit, in the article “5 Mistakes I Made Launching a Startup”. According to the entrepreneur, the team was more focused on product development than business, trying to add features to it without validating what they already had.

Calculating the price at which a product or service should be sold is one of the biggest challenges for a startup. The same must guarantee all operating costs, maintaining a profit margin, but, on the other hand, it must be attractive to potential customers and within what they are willing to pay.

Before achieving the success with which we know it today, Apple launched the computer Apple Lisa. It took 3 years and about 50 million dollars [42 million euros] to develop the next generation personal computer for business customers. Its price of $ 9,999 [8494.20 euros] proved to be too high for many consumers and was eventually discontinued.

A simple idea can imply a complex or expensive legal framework. An example of this is the Napster website, launched in the late 1990s. Napster offered a music file sharing service that quickly became popular, reaching around 80 million users. However, its founders did not consider the payment of copyrights artists would be entitled to. This resulted in a series of court cases that forced the company to terminate its services.

Most startups are technological and, therefore, created by engineers, technicians and IT professionals with great capacity for developing disruptive products, but with little marketing knowledge. It is essential to know the market, communicate with potential customers and know how, when and where to do it. As interesting as a product is, it is difficult to sell it if it doesn’t reach people.

In an article about what he learned from the closure of his startup, Pawel Brodzinski, included this as one of the biggest lessons to learn. The startup Overto had a team that was too focused on product development, but without marketing specialists or time to do it.

Learning from mistakes and getting around

For many entrepreneurs, it is important to assume that failure is part of the process and not necessarily bad. In the Start Now Cry Later podcast, André Jordão, CEO of Barkyn, a startup that delivers personalized food for domestic animals, tells us how in Europe failure is seen with stigma, when it should, like in America, be considered a medal of war. In his case, he believes that the success of his startup, which recently received an investment round of 5 million euros, is due, in large part, to a question of timing, that is, being in the right place at the right time.

There are many other success stories that were a result of failures. An example of this is Flickr, a photo sharing platform, which has been purchased a year after its launch for 35 million dollars [29.7 million euros]. Flickr was born from a technology created for online gaming in 2004, when it was not yet popular to play games on the internet.