It’s Girls in ICT Day: Acknowledging the importance of women in technology

The Information and Communications Technology (ICT) field has long been breaking barriers and making new waves for human innovation and technological advancement. It’s the principal field in leading the digital age and is well known as the industry of the future, yet this leading field suffers from a social-economic disorder...there is the stigma that Science, Technology, Engineering, and Mathematics (STEM) are strongly considered a man’s world. 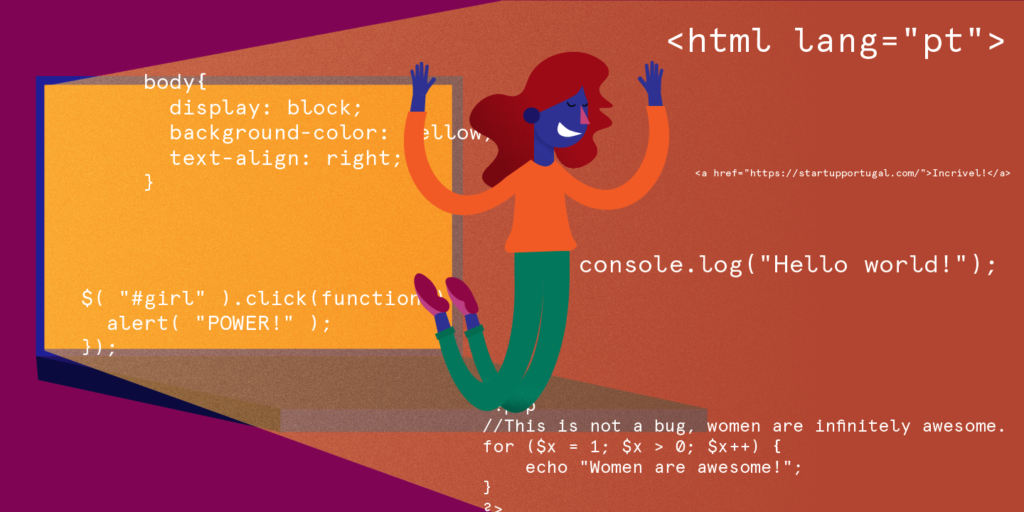 The Information and Communications Technology (ICT) field has long been breaking barriers and making new waves for human innovation and technological advancement. It’s the principal field in leading the digital age and is well known as the industry of the future, yet this leading field suffers from a social-economic disorder…there is the stigma that Science, Technology, Engineering, and Mathematics (STEM) are strongly considered a man’s world.

But we need to ask ourselves why this is? Why do young girls stop being interested in coding and programming so early? Why don’t they pursue careers or collages that promote ICT opportunities? With the fourth industrial revolution upon us and with already a skills shortage in the digital sector, it is important that both men and women are skilled, qualified, and represented in these disciplines if we are to make the most of this new digital revolution.

That is why we celebrate Girls in ICT Day, to inspire and acknowledge the importance of women in the ICT field and the valuable role woman can bring to the industry.

Did you know that almost 14% of women between the age of 18 and 24 started coding when they were younger than 16 years old? Just for comparison, developers older than 35 are twice as likely to have tried coding before the age of 16. To help bridge this gap, a few pro-active technology companies have established meaningful resources to help train young women and girls in ICT roles. One initiative available is SheCodes, a coding program designed specifically to train and upskill women in computer coding. Through this program, SheCodes can help bridge the gender gap in the technology programming industry and provide qualified female talent that is necessary for today’s increasingly technological job market.

A strong source of local female tech encouragement comes from Portuguese Women in Tech. This is an initiative created in 2016 that aims to attract more women to tech careers and to promote a more diverse and inclusive tech environment.  Recently, the Portuguese Women in Tech, together with Polar Insight, undertook a study to identify the real profile of the Portuguese community of women in the tech industry. What they found was troubling.

The study revealed that many women in the tech community were uninformed about the potential and opportunities available in the field and that there is a great deal of silence and lack of clarity in regards to what’s harmful and how it endangers the advancement of women in this sector. Women have opted for a career in tech because of their genuine passion for technology but have found that the lack of female representation, the slow salary progression, and low chances of career progression are key barriers associated with women entering the industry.

In a separate study conducted by GitHub, it found that code provided by women was accepted 78.6% of the time, which is 4% more than code written by men. The research revealed that simply identifying the gender of a programmer modifies how those in charge judge the quality of work and success. The study found that women’s codes are more frequently accepted by the project managers, but only if the gender of the programmer stayed a secret.

But why should it be a secret? There are talented women out there not only working in the ICT field but who are actually leading the way and making a profoundly positive difference. Most often the businesses led by women performed almost three times better than those with male executives and the technology industry is no different. After all, the first computer was invented by a team of men and women and it was thanks to four remarkable women who pioneered and made the coding and hacking industry what it is today.

Women have played a key role in the advancement of technology all throughout history. The first computer programmer was a woman, Ada Lovelace, in 1815. She invented the Analytical Engine when she was only 26 years old. Next, there was Joan Clarke, a mathematician who attended Cambridge University, and who was the only female recruited to break the Enigma Code. She was instrumental in breaking the Nazi’s code and helped the United Kingdom win World War II. She is one of the greatest code-breakers history remembers and is a wonderful patron of women in technology.

Today, we have two women leading some of the biggest STEM companies in the world – Facebook and IBM. Sheryl Sandberg is the Chief Operation Officer (COO) of Facebook and Ginni Rometty is the president and CEO of IBM. Rometty is constantly encouraging women not to let anyone define who they are and what they could become. By her own words, growth and comfort never exist at the same time and that is the time when women can learn the most. Perhaps these two examples can help encourage other young women to join the ICT industry and help transform the workspace from the inside out.

Three out of four girls express an interest in computer science, specifically around the ages of 11, but lose interest by the age of 15. We can acknowledge that sometimes a child’s interests in sciences drop at times but often rebounds quickly. The data shows that society has only a few years to cherish a girl’s affection for STEM before they give up for good. In order to strengthen the presence and value of women in the ICT field, it’s important to encourage schools and parents to popularize inspiring women working in the STEM system, like some of the incredible women mentioned above, so as to set positive examples for girls to help them imagine their own path in the technological world. All they need are good mentors, great role models, and equal work opportunities.